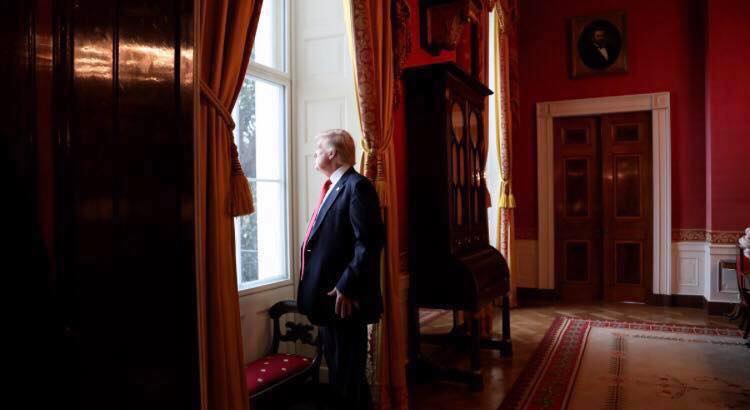 How Trump Lost His Legacy

Pretend you are Donald Trump. Despite your unconventional and sometimes inflammatory rhetoric, you accomplished many important things in your four years in office.

But somehow you lose the election for a second term. You were ahead in so many states. You were sure of victory. Your close aides agreed that you would win.

Then, as the vote counting slogged on in various slower-moving states the next day, the tide turned against you.

How could this be?

You were a slam-dunk for a second term. That’s what your close aides told you.

Your close advisors poopooed those warnings and told you that you were doing just fine.

But now you know what happened!…

They must have! You’re convinced.

You’re “the Donald,” greatest President in U.S. history. No President even came close… except perhaps old Abe… but even he wasn’t as loved as you.

You decide to do something about this rigged election.

You figure out ways to turn the vote count in your favor.

You start a campaign to recruit loyal Republicans to contest results in the tide-turning states that lost you the election.

But court after court — even the Supreme Court — deny your pleas to overturn the election.

Then each individual state certifies their electoral counts.

You create Plan B: have the individual state electors and their state counts challenged on January 6th when a Joint Session of Congress meets for the official and final count of electoral votes to certify the winner.

Since your always loyal Vice President, Mike Pence, will be officiating, you tell him that he must find ways to close the deal in your favor… cause you’re the winner!

Meanwhile, you initiate Plan C to back-up and strengthen Plan B.

You organize a huge rally and invite your supporters from around the country to Washington, DC on January 6th to show their support for you and the few brave Republicans who will challenge the electoral vote.

You give a long, rousing, barn-storming speech to fire-up the thousands who have come to help you change the course of history. You tell them all about how this election was stolen.

You urge this enormous crowd to march to Congress and show their support for those Republicans still willing to challenge the final count in Congress.

But something goes wrong.

Your fiery speech has propelled the crowd a tad over the top of decorum.

They are ready to do battle with the forces arrayed against you and them.

When rumor spreads that Vice President Pence won’t man-up and contest the certifying process, there are some in the crowd who decide to take matters into their own hands…

Barriers around Congress are knocked down, torn away, pushed aside.

Capitol Police are overwhelmed and unprepared.

The crowd becomes a mob.

Brave “Patriots” storm the steps of the building and prepare for forcible entry.

Capitol Police are unable to stop the influx.

The Halls of Congress experience a wild, chanting horde of barbarian lookalikes.

Senators and Representatives go into emergency evacuation procedures, disappearing into escape tunnels beneath the building.

The rabble enters the chambers, frolicking in their newfound digs.

Selfies are taken and sent to friends and family.

No one seems to know why they are there… and what to do next.

Later — slowly, surely, eventually — the unannounced visitors are escorted out.

Five people had died during this melee of misplaced “patriotism.”

You, as the President and chief rabble rouser of this disaster, are urged to publicly ask the crowd milling around outside Congress to go home.

You reluctantly agree. Yet in doing so you reaffirm that the election was stolen.

The National Guard (called by Vice President Pence) and the Washington, DC police eventually restore order as the stragglers leave.

Later in the evening, Congress reconvenes to finish their business that was so rudely and unceremoniously interrupted earlier.

You, Donald Trump, have turned your “Stop the Steal” rally into the end of your Presidency.

You stepped way over the line of civil discourse.

You gave the assembled thousands the moral sanction and blessing they needed to do something about the “stolen election.”

Your most ardent, hard core supporters will, most likely, never abandon you.

But you have lost the rest of your support and certainly the rest of the country and the world.

Your legacy is shattered like the furniture broken by the mob.

Your name is disgraced.

Your family’s business, The Trump Organization, may never recover.

Your hopes to run for President again in 2024 will come to naught.

Your legacy is no more.